The Iroquois clans were developed at a time in our history when there were a lot less people than there are today. It was a time when the people were not sure who they were related to. The elders were worried that the young people were getting together with their closely related family members. There was much apprehension about how to relate with each other. The elders began to meet about how this was going to be addressed.

After a few meetings had failed to bring any ideas to address this, a young man stood up and asked if it would be ok to address them. He was the kind of man that was usually very quiet and reserved. He told the Council about his idea to alleviate the problems that people were having. He said the animal world all have their own ways of doing things. The birds all have their own ways, each species. The trees have their own ways also, each family. He suggested that each family have their eldest woman intently pay attention to what she sees in the next morning. Each woman seen a different animal in the morning. This animal is to represent the clan for each of the women’s families.

In the Iroquois Creation Story, the earth was created on the back of a turtle. It was there that life began to grow. The Turtle Clan represents the shifting of the earth and the cycles of the moon. The people of the Turtle Clan are considered the well of information and the keepers of the land. The responsibility of the Turtle Clan is everything that has to do with the environment.

The Great Law speaks of how all members of each clan have a relationship to each other. The laws of clanship are quite rigid. For instance, since you have a family relationship with everyone in your clan it is forbidden to marry a person of the same clan, even if one is Mohawk and their partner is Oneida. Additionally, the clans have a relationship to each other. The Wolf Clan is considered a cousin to the Turtle Clan and an uncle to the Bear Clan. The Turtle Clan is the older brother to the Bear Clan.

Symbols of the clans can be seen everywhere throughout the Oneida Nation Reservation; on the tribal logo, the Human Resources Department orientation folder, and throughout the Oneida Tribal School. Each wing of the Elder Complex on Overland Drive is named for one of the clans. The Oneida Nation Elementary School was designed in the shape of a turtle and is recognized as a point of interest to incoming and outgoing airline passengers who travel through Austin Straubel Airport. Even the Oneida tribal license plates bear symbols of the clans.

The Wolf Clan represents the path finders. Their responsibility is to guide the people in living their lives in the way the Creator intended.

The Iroquois people are a matrilineal society, which means they follow the mother’s side of the family when it comes to identity and family. If a man would marry a woman, then he would move in with her family. The woman’s family would include her mother, father, brothers and sisters, aunts, uncles, cousins, grandmothers, and grandfathers.

As the children grew older, the young men would go with the men and learn how to hunt, fish, gather wood, and they would learn how to fight if it were ever necessary. The young women would stay home with the women and grandparents and learn household chores like cooking, cleaning, sewing, and gathering foods to be prepared later.

All the children would listen to the elders’ stories of the old times and they would learn from them. Their stories would explain a life lesson and they would be able to apply it to their everyday life. As the young men became men, they would start to travel to find a wife. They would find a good woman and court her in the proper way. He would go home and tell his mother who she was and who her family is. Then they would prepare a basket for that family and the parents would negotiate a deal as to weather he is good enough for their daughter to marry their son. Sometimes there were arranged marriages. One thing that occurred during these negotiations was the man’s brother would also come and live in the same village as the son, so he doesn’t get to lonely for his family. Sometimes even if the man finds a woman it is still up to the mothers to make an agreement. When a girl is ready to become a mother, the grandmothers let her know when it is her time. She then waits for the right man and finds out what her life is going to be. She could find a man and bring him to her mother and then her mother and his mother go through the process of getting married.

The faithkeepers are the operatives of the actions that the clan mothers, chiefs, and community’s decide. They get the longhouse ready for anything that may be happening on the grounds, whether it be a ceremony, a social gathering or anything like that. They make sure the ceremonies are ran as they are supposed at the right times of the year. They are also responsible for bringing the people together. The faithkeepers let the people know when there is something going on. They organize the longhouse and keep everything running smoothly. They are also the ones who find helpers around the community. They are responsible for the wellbeing of the people. The faithkeepers act as spiritual advisors for the people. The faithkeepers are the ones who carryout what the chiefs and clan mothers say. Their primary responsibility is to insure that the four sacred ceremonies are being conducted. The four sacred ceremonies are The Great Feather Dance, Mens Chant, Water Drum Dance, and the Peachstone Game. They see to it that these four ceremonies stay active within the longhouse. 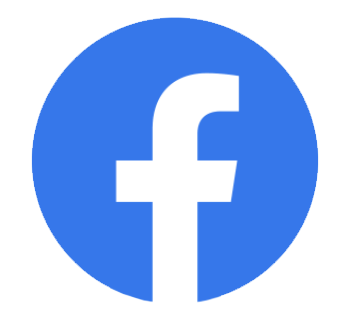