801.2-6. Case law precedent that has been established through a prior decision of the Oneida Appeals Commission/Oneida Tribal Judicial System shall remain precedent unless overturned or otherwise modified by a decision of the Judiciary, or by a law adopted by the Oneida Business Committee or Oneida General Tribal Council. The principles of Yonikúhlihsa ahtú (a decision is made) shall apply to all matters before the Judiciary. This includes the precedent set by the Oneida Appeals Commission/Oneida Tribal Judicial System of accepting appeals from Personnel Commission decisions. Where precedent for a particular matter has not been established, the Judges may refer to established Wisconsin or federal case law precedent or laws for guidance.

** Notice Regarding Protected Information in Court Documents:  Final decisions from the Trial Court that contain protect information such as: 1)  Social Security numbers, 2) Tribal Enrollment numbers, 3) Employee numbers, or 4) Minor(s) children will not be posted on the Court Reporter web page.  Information about copies of decisions with protected information can be obtained from the Clerk of Court at the Judiciary. 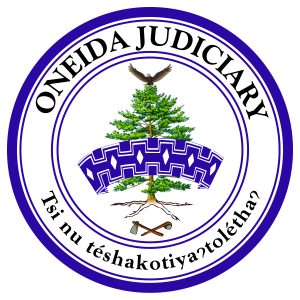