The constitutionality of the Indian Child Welfare Act (ICWA) of 1978 is being challenged by the State of Texas and individual plaintiffs before the Unites States Supreme Court. Oral arguments in Haaland v. Brackeen will take place November 9 in a case that may have far-reaching implications across the entire child welfare system. 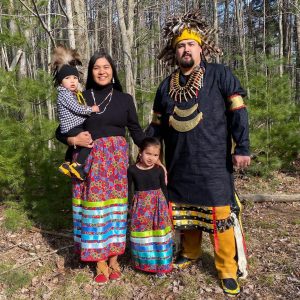 the Supreme Court of the United States (SCOTUS) prepares to hear Haaland v. Brackeen, a case challenging the constitutionality of the Indian Child Welfare Act (ICWA) which was originally brought before a federal district court in Texas in 2017. ICWA was enacted by Congress in 1978 to fulfill its trust duty to tribes as well as to combat the issue of Native children being taken from their families and tribes by case workers and state courts. The premise of ICWA is simple in that when Indian children stay with their families and communities, the tribes and children are both better off.

“The ICWA case is going before the Supreme Court for oral arguments November 9,” Oneida Nation Chairman Tehassi Hill said. “Oneida, as one of four intervening tribes, has taken on the very important task of defending this decades-old legislation that has set the ‘Gold Standard’ for child welfare proceedings. ICWA applies to our most vulnerable families – those who find themselves in state child welfare proceedings. The law makes sure there are active efforts to help families reunify, it makes sure tribes are part of the proceedings, and can provide services to their families at an early state, which we know leads to reunification.”

Now, the very constitutionality of ICWA is being challenged by the State of Texas as well as individual plaintiffs as SCOTUS hears the case. Oral arguments will take place on November 9, 2022, in a case sparked by a 2017 adoption petition brought in Texas.

In 2017, Texas couple Chad and Jennifer Brackeen petitioned to adopt a Navajo boy who had been placed in their care the previous year due to the child’s biological mother’s drug use. The child’s father is Cherokee while the Brackeens are non-Native Evangelical Christians. The Navajo Nation attempted to place him with a Navajo family per ICWA guidelines after his removal from the home, however the Brackeens were granted custody. The State of Texas then terminated the parental rights of both biological parents which prompted the Brackeen’s adoption petition which went unchallenged.

The Brackeens later also petitioned to adopt the boy’s sister in a Texas state court, but her extended Navajo family also filed for custody. Again, Texas state court Judge Alex Kim placed the child with the Brackeens even though the state’s attorney stated the child, per ICWA, should have been placed with the Navajo family. Meanwhile, the Brackeen’s, other individual plaintiffs’, and the State of Texas’ challenge to the constitutionality of ICWA proceeded to federal court.

The Oneida Nation, Cherokee Nation, Quinault Indian Nation, and the Morongo Band of Mission Indians intervened in the federal case to ensure tribal interests were adequately represented by filing both a motion to dismiss and opposing the plaintiffs’ motions for summary judgement. In 2018, the federal district court, in a highly criticized ruling, stated that ICWA violates the United States Constitution. This controversial ruling led to filing of appeals to the United States Court of Appeals Fifth District which were argued in late 2019 and early 2020. The Court of Appeals panel opinion reversed the decision of the lower court, rendering judgement for the federal government and the tribes by stating the District Court erred by considering ICWA to be a race-based law instead of a political consideration. The panel also considered whether state courts and officials were “commandeered” to enforce ICWA and found they were not, and ICWA merely regulated the placement and adoption of Native children.

Then, an en banc review of the panel opinion by the Fifth Circuit upheld Congress’ authority to enact ICWA and found that the law’s “Indian child” definition didn’t operate on the basis of race, however it also ruled certain sections of the ICWA unconstitutional. This prompted the U.S. Department of Justice, the four intervening tribes, the State of Texas, and individual plaintiffs to ask the SCOTUS to review the Fifth Circuit’s decision. The floodgates of support for ICWA were kicked open as 180 Native Nations, thirty-five Native organizations, 20 states, eighty-seven Congress people, and 27 child welfare and adoption organizations signed onto twenty-one amicus briefs which were submitted to the SCOTUS in support of upholding ICWA. The Supreme Court, granting the petitions and consolidating the cases, then scheduled the November 9 oral arguments.

Haaland v. Brackeen cuts to the very essence of tribal sovereignty and may have serious implications for Native children and their families. If the SCOTUS accepts the State of Texas’ and the individual plaintiffs’ arguments regarding ICWA, there will be serious repercussions across the foster care system. At its core, ICWA maintains provisions that all welfare organizations have deemed important for children in the foster care system. The ripple effects could also be devastating for the sovereignty of all Native Nations across Turtle Island as they continue to press for economic development and land rights. By overturning decades-old law, the court would upend and politicize the constitutional consensus for Congress’ ability to pass legislation concerning Native Americans.

The National Indian Child Welfare Association is hosting a November 9, 2022, rally on the steps of the United States Supreme Court in Washington, D.C., to bring Haaland v. Brackeen into the local, tribal, and national spotlight. The Oneida Nation will be sending a delegation to the rally.

To view the brief filed by the Oneida Nation and the other intervening tribes, please visit brief_tribal_defendants.pdf (narf.org).

To view the amicus brief filed by 180 tribes and 35 tribal organizations in support of ICWA, please visit cert_amicus_180.pdf (narf.org).