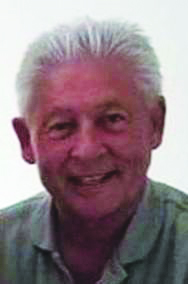 John (Jack) M. Pociopa, entered eternal life on November 12th, 2020 peacefully, with his wife by his side. He was born on Thanksgiving Day, Nov. 25th, 1953 to Marguerite “Peggy” Konop/Pociopa & Edward J. “Ed” Pociopa, in Brown deer, WI. He was raised in Spruce, WI. Where he helped tend bar for many years. He graduated from Oconto Falls High school, Class of 1971. Attended University of Oshkosh, and then joined the Navy, graduated boot camp in Great Lakes IL., stationed in Alberta, Georgia. He went to Camp Pendleton, California, where he was honorable discharge as a hospital corpsman. Jack attended UWGB and received his degree in respiratory therapy. He worked at St. Vincent’s hospital, where he met his loving wife Christine Pociopa, through a mutual friend “Govey”

He worked over 30+ yrs through Merger & Acquisitions, when he retired from Lincare, on December 31, 2019. Always the Loyal Packer fan, he attended many games. Jack enjoyed going up to Tom & Linda Blazers “lounge “for the games. Loved fishing, cooking, always remembered for his amazing holiday feast he prepared, and his dill pickles, and home-made sauerkraut. He was an amazing pool player and won many trophies. Jack was Amazing Man. He lived for his family. His favorite place was Minocqua, WI. where he vacationed and fished with his family.