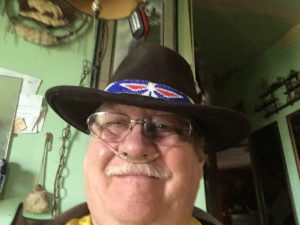 Tom loved hunting and was very passionate about the environment. He was a member of the Oneida Sportsman Club. Tom served on the Environmental Resources Board as a hearing officer since 1996. In his later years Tom also loved bird watching and was well studied on the many types of birds. He had a Tuesday cribbage game ritual.

Tom worked as a heavy equipment operator and was a proud member of the Local Operating Engineers Union 139. He retired having been recognized as an Operator of the Year.

His happiest moments were spending time with his grandchildren and was known for giving them candy and two-dollar bills.

In addition to his parents, he is preceded in death by his sister, Priscilla Leverance; aunts, uncles, cousins, and friends.

Friends may call at Muehl-Boettcher Funeral Home, Seymour on Tuesday, October 8, 2019 from 2:00 pm until the memorial service at 5:00 pm.

In lieu of flowers, memorials in Tom’s memory to the Oneida Sportsman’s Club are appreciated.

Online condolences may be expressed to Tom’s family at www.muehlboettcher.com

Special thanks to Dr. Flood for your compassionate care and St. Vincent Home Health for your visits to Tom’s house.