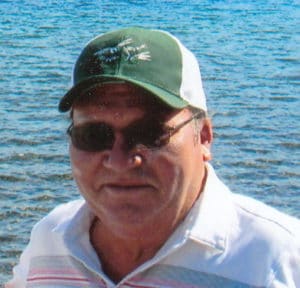 Bruce Smith, 73, Oneida, passed away Wednesday, September 25, 2019.  He was born May 3, 1946, in Oneida to the late Reuben and Alma (Cornelius) Smith. Bruce graduated from Premontre High School and then served in the U.S. Army from 1964 to 1966 in Germany.  On December 28, 1968, he married Joanne Danforth at St. Joseph Catholic Church in Oneida.  Bruce started his employment with the Chicago & North Western Railroad and retired 34 years later as an electrician.

In Bruce’s younger years he enjoyed being adventurous.  He could build anything that he put his mind to.  He built a hydroplane and raced a stock car.  In is retirement he enjoyed woodworking and taxidermy.  He loved to work in his beautiful garden, go fishing and sit around the campfire while camping with his family.

He was preceded in death by his parents; his son, James Bruce Smith; brother, Leon Smith; father-in-law, Leslie Danforth; and brother-in-law, John Blochowiak.

Visitation will be at Blaney Funeral Home, 1521 Shawano Ave., from 3 to 5 p.m. on Friday, October 4, 2019.  The Memorial Service will immediately follow. It was Bruce’s wish that everyone be comfortable and come in casual attire. To send online condolences, please go to www.BlaneyFuneralHome.com

Bruce fought pneumonia, complicated by radiation treatments for esophageal cancer, with courage and his good-natured sense of humor.  The Smith family will forever be grateful to the ICU staff, Respiratory therapy, doctors and housekeeping at St. Mary’s Hospital, as well as Unity Hospice staff, for allowing him his dignity and battling this with him. Thank you also to his Green Bay Oncology team. The family asks that no flowers be sent.