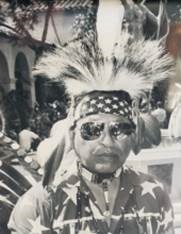 Al grew up in South Dakota at Tekawitha Orphanage in Sisseton and Flandreau Indian High School before moving to Chicago, Illinois. On August 23, 1958, Al married Sharon K. (LaMotte) Sarnowski, Oneida, 78 and they would have celebrated their 62nd wedding anniversary this coming August.

Upon retiring in 1996, the family moved home to Oneida where Al worked for the Menominee Tribe as an investigative police officer and then Security Corporal for the Oneida Casino.

He was preceded in death by his son Scott Alan Sarnowski, his mother Kathryn, his siblings; Lori DeMarrais-Negron, Joanne Metzger, as well as Kunsi Ella Wanna, his Aunt Sister Irene De Marrais, and Aunt Clara Eagle.

Friends may call after 1:00PM Saturday June 15, 2019 at Ryan Funeral Home 305 N. Tenth Street, De Pere until time of service at 5:00PM. Please go to www.ryanfh.com to send online condolences to the family.

I am so sorry for your loss, I was on vacation and unaware of Al’s passing. My prayers go out to the Sarnowski family. I miss you all and hope to see you in the near future. friends are to precious to take for granted and I will try and be a closer friend in the future. take care.