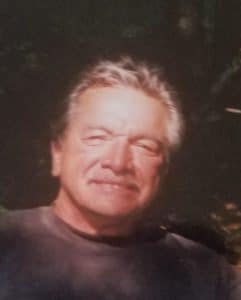 Stanley E. Moore, 77, Oneida, passed away peacefully on Friday May 31, 2019. He was born March 14, 1942 in Odanah, WI. to the late Hudson and Isabelle Moore. At a young age he moved to Milwaukee and became active in the Milwaukee Golden Gloves. Stanley was an advocate for the American Indian Movement in the 1970’s. In 1973 he participated in the siege and occupation of Wounded Knee along with 200 other Oglala Lakota and A.I.M. followers, as they faced off against 300 U.S. Marshals, FBI and other law enforcement. Stan was also involved in the takeover of the U.S. Coast Guard station in Milwaukee which later became the Indian Community School. In 1973 he met and married Pat, he started his career as an iron worker, and he and Pat started their family. He enjoyed watching History Channel, westerns, boxing, and sitting on the front porch.

He was preceded in death by his parents, siblings; Hudson, Vivian, Lorna, Agnes, his mother and father in law, Pat’s siblings; Harvey, Karen, Darlene, Geraldine, Annette, and his special nephew Travis.