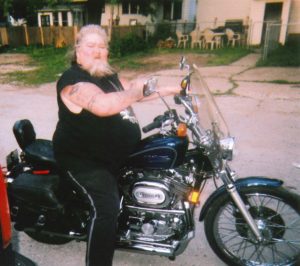 Stein had a passion for life, and lived each moment to the fullest. He enjoyed working on cars, riding his motorcycle and hanging with his dog June bug. Family gatherings were also important to Stein, especially the summer corn roasts, and the time he spent with the love of his life, Stein’s partner of twenty-one years, Diane Ponfil.

Please go to www.ryanfh.com to send online condolences to the family.

Special thanks to Dr. Moureau, Dr. Flood, Dr. Heezen, and everybody who has shown such kindness and help to Stein over the years.