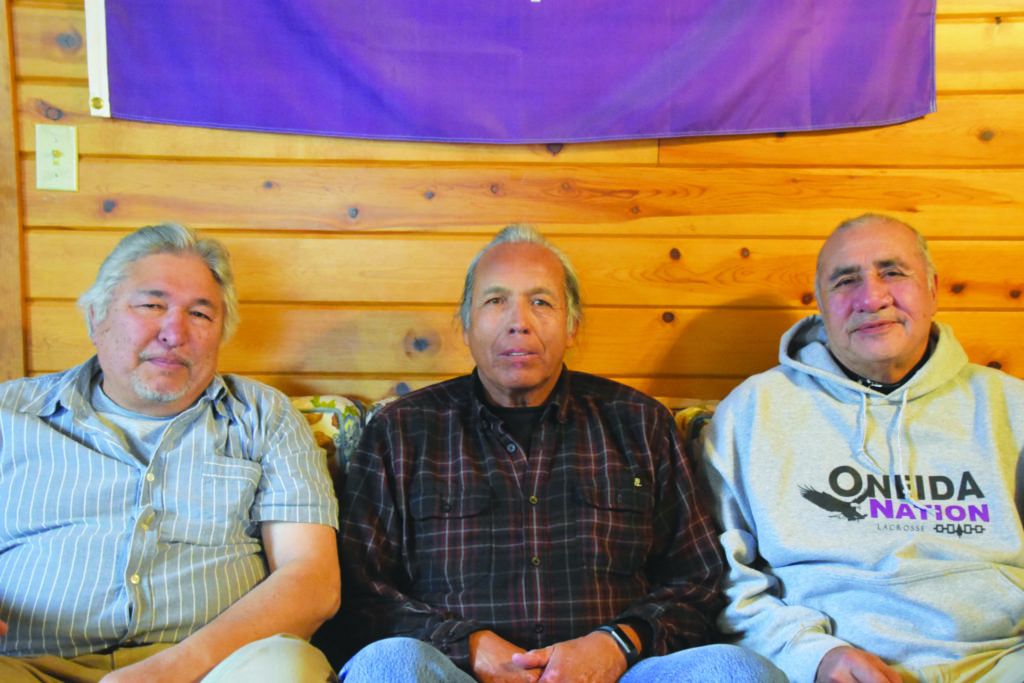 Forty-nine years after the original photograph was taken the three gathered for a reunion photo and quickly demonstrated that, although they are hopefully no longer throwing punches, they certainly haven’t lost their flair for throwing friendly, humorous verbal barbs at each other.

Melchert boxed from 1969-1975 and was the 1974-1975 National Indian Heavyweight Champion. With a passion for Landscape Architecture and Civil Engineering, Melchert went on to earn multiple college degrees and is now serving as a Professional Planner for the Oneida Nation’s Development Division.

Danforth fought from 1969-1978 and was a two-time National Indian Champion in the 147-lb. weight class. He was also the United States Army boxing champion in his weight class, and a two-time National Amateur Athletic Union boxing participant in Winston-Salem, N.C., and for his final fight in Biloxi, Miss. Danforth has now served with the Oneida Language Revitalization Program for the past 15 years.

Powless boxed from 1967-1971 and was a three-time Golden Gloves Wisconsin Champion. He was also a two-time participant in the United States Golden Gloves Competition in Las Vegas, Nev., and Fort Worth, Texas. He was the Northeast Toughman Champion and competed in another National Toughman Contest in Columbus, Ohio. Powless is now retired following a lengthy career in law enforcement with the Brown County Sheriff’s Department and the Oneida Police Department.