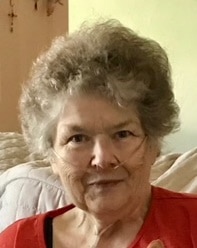 The daughter of the late, Orlando and Violet (Jordan) Vieau.

She married David J. Bopray August 5, 1961 and together they raised two beautiful daughters and many fuzzy friends!

Geri left us all too soon and she will forever be remembered as the mom who said, “I am doing my best”. Geri was a second mom to many and a friend to all who passed through her doors …she will be deeply missed!

During her journey Geri worked retail all of her life, to embrace her gift of gab. Working for 25 years at Prange Way, helping to open stores thru-out Wisconsin.  Her friendships with her coworkers have lasted many years after it’s closing with yearly trips to Bay Grill for breakfast to brag about her kids and grandkids. She then worked at Oneida Retail Convenience stores for another 20 years and retired in 2012 to take care of her mother.

Geri belonged to the local Moose Lodge and the YWCA.

She is survived by one brother, Ben Vieau and many from the Bopray and Vieau lineage. Special Friends Madonna Boulanger and Judy Knuth.

Her request was to have her body donated to the University Of Wisconsin Medical College to help future doctors in their education. (Geri’s going to college!)

The family requests that in lieu of flowers a memorial be made to the Bay Area Humane Society.

Thank you to all those who have helped Geraldine during her last leg of her journey!

To Carol Silva, thank you for staying and keeping mom comfortable!