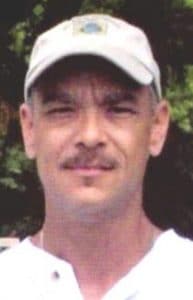 Jason and his friend, Robert Cadmus started Elf’s Gifts, where Jason worked for many years as the CEO of the company.

Jason’s passion was riding motorcycles. He also enjoyed camping and traveling with family and friends. His family will dearly miss his sense of humor. He used humor to lighten even the most difficult situations.

He was preceded in death by his grandparents Irving and Leona John.

Visitation will be held at Newcomer Cremations, Funerals & Receptions (340 S. Monroe Ave., Green Bay), Sunday, March 18, 2018 from 5 to 7 PM. A funeral service will follow at 7 PM. Burial will be in Oneida Sacred Burial Grounds. To leave an online condolence for the family, please visit www.NewcomerGreenBay.com.

Jason’s family would like to extend a special thank you to Dr. Neu as well as the nurses at St. Vincent dialysis for their many years of excellent care and support.